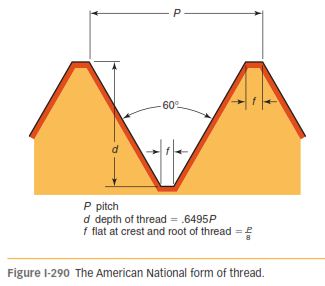 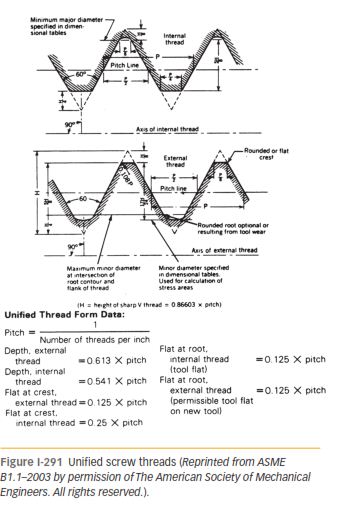 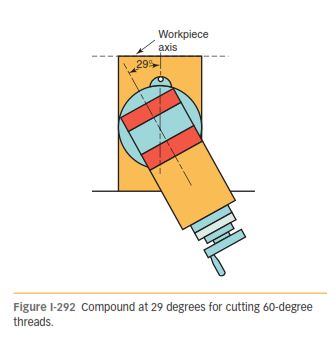 To cut 60-degree form threads, the tool is fed into the work with the compound set at 30 degrees (Figure I-292).However, in practice, the compound is actually set to 29 degrees to provide a light finishing cut on the trailing side of the threading tool. The 1-degree difference will make only a slight difference in calculations. The in feed depth along the flank of the thread at 30 degrees is greater than the depth at 90 degrees from the work axis. This depth may be calculated for the Unified form by the following formula: For 29-degree compound angle cutting Unified form threads: 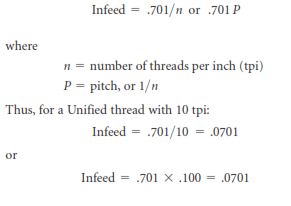