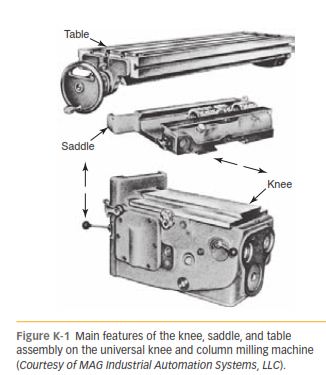 Figure K-1 illustrates the major parts of a knee and table
assembly of a horizontal milling machine. The machine table
is usually moved by a feed screw and nut. Backlash in this
screw-and-nut assembly allows a single cutter tooth to take a
bite as large as the backlash, which usually results in broken
cutter teeth and a ruined workpiece. Some milling machines
are equipped with a backlash eliminator (Figure K-2), which
automatically takes up the backlash by applying a preload
between two nuts following the lead screw. Another method,
employed mainly with numerically controlled machine tools,
Figure K-2 Backlash eliminator to permit climb milling
(Courtesy of MAG Industrial Automation Systems, LLC).
is to use a ring ball nut, commonly called a ball screw, which
is essentially free of backlash.

Although much of the concern in the development of
the milling machine and its cutters has been about attaining
the highest possible machine rigidity by various means such
as minimum number of moving components, overarm supports,
and devices like backlash eliminators, another technique
should be mentioned.
Machine castings often vary in
their ability to absorb vibration, even with the most careful
design of internal webbing. Another means of attacking
the problem has been to tune out vibration with special
vibration-damping devices. These reduce the resonance of
vibration passing through the casting. This capability permits
increased cutting loads before chatter sets in.

ATTACHMENTS AND ACCESSORIES FOR THE HORIZONTAL MILL