Sketcher points are a type of construction geometry which do not contribute to the resulting sketch geometry.
• Sketcher Point uses the following:
– Dimension to theoretical sharps.
– Dimension slanted on arcs.
– Provide an anchor or pivot point in a sketch. 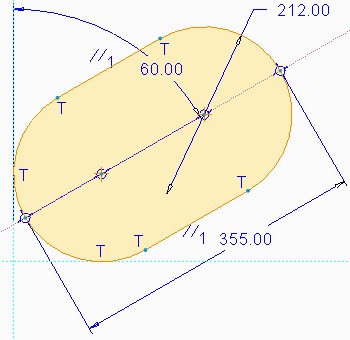 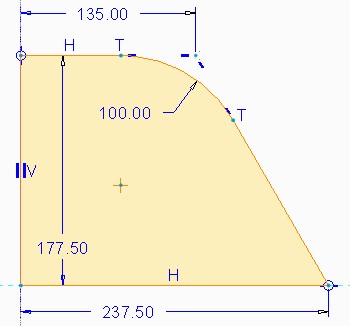 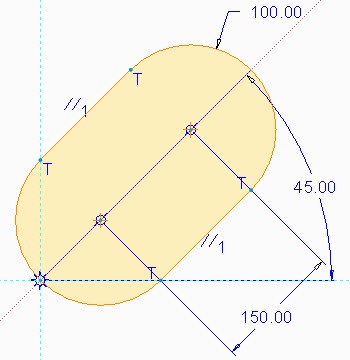