A sketch is a 2-D entity that graphically captures an idea with
lines, constraints, and dimensions.
• 2-D sketches are:
– Sketched on a 2-D plane.
– Placed on a 3-D model.
– Used to create solid features. 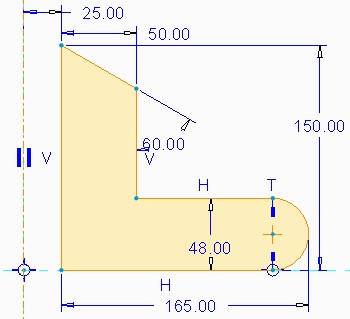 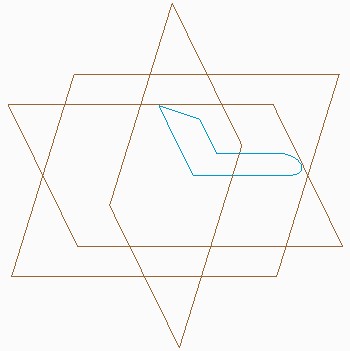 Figure 3 – Sketch Placed on
a 3-D Model
In Creo Parametric, you use the 2-D Sketcher mode to capture your
engineering idea. You sketch your idea in a 2-D plane using various types
of lines which are then trimmed, constrained, dimensioned, and modified
accordingly. An example of a sketch is shown in Figure 1.
This 2-D sketch is then placed into a 3-D model, as shown in Figure 3. Once
the sketch is placed, it can be used to create solid features, as shown in
Figure 2. Notice that the same sketch can be used to create two completely
different types of geometry.