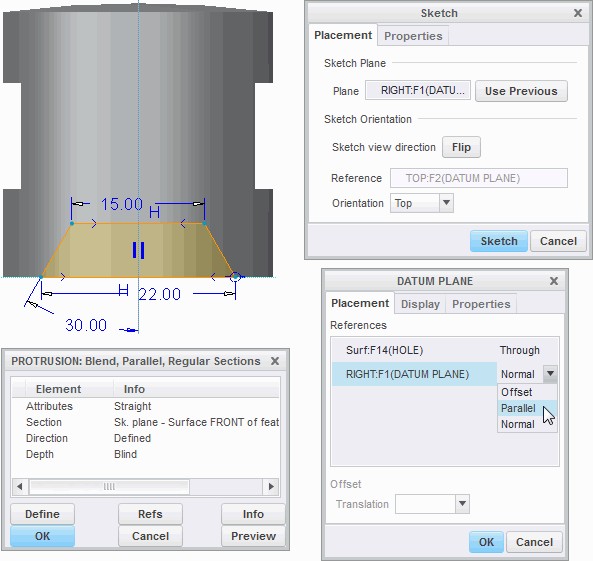 Figure 2 – Feature Dashboard Redefining Features and Sketches In Creo Parametric, altering the parents of a feature or sketch can drastically
affect the outcome of the resulting geometry. To modify a parent/child relationship, the easiest method is to use the Edit Definition option.  This option enables you to select your references using dialog boxes, the dashboard, or menu options depending on the feature you are redefining. You can redefine a feature or sketch by selecting it, and then either right-clicking and selecting Edit Definition, or by clicking the Operations group drop-down menu and selecting Edit Definition .If you edit the definition of legacy model features, you may encounter a different interface than that of the dashboard. For example, if you redefine a legacy sweep or blend feature, you will see a dialog box of options rather than the dashboard, as shown in the lower-right image in Figure 1. For example, if you redefine a datum feature, you can select new references in a dialog box. If you redefine a Sketch feature, you can use the Sketch dialog box to edit its placement. You can also use the References dialog box Module 26 | Page 14 © 2012 PTC For PTC Internal Use Only to modify references internal to the sketch. For most solid features, you can use the dashboard to edit references; for example, selecting a different sketch for an extrude, or selecting different edges for a round.Controlling Features with Edit Definition The Edit Definition functionality provides you with complete control over a feature within its tool. Consider the control that Edit Definition provides in the following areas:
• Feature Type – Switch the feature type for many features. For example, you can edit a feature to modify it from a solid feature to a surface feature.
• Size – Increase or decrease the size of many features. For example, you can edit the radius value of a round feature.
• Shape – Edit the resulting geometry shape of a model. For example, you can edit a feature’s Sketch, depth or angle value, or switch the external sketch used.
• Location – Edit the location of a feature. For example, you can edit the sketching plane specified for a Sketch feature which modifies the location of the resulting sketch feature and therefore any features using that Sketch.
• Options – Edit numerous options of a feature. For example, you can edit the depth of a hole from Blind to Through All, or you can add an additional side for material to be removed.
• References (Parents) – Edit the parent references to a feature.For example, you can switch which external sketch is used in the creation of
a feature, or you can specify different references to different features in the Sketch References dialog box.The Edit Definition Workflow
When you redefine, or edit the definition of, a feature or sketch, the following occurs:
• The model regenerates back to the feature being redefined. The model tree reflects that this has happened by removing all features that succeed the feature being redefined. In addition, the feature being redefined displays with a yellow icon preceding its name in the model tree, as shown here:
• Most features being redefined display in their orange dynamic preview color. In this state, the feature’s drag handles display, enabling you to edit their respective values. In addition, the on-screen flip arrows display.
• The feature’s UI is presented. Depending upon the feature being redefined, this could be either a dialog box or the dashboard. The UI or dialog boxes enable you to make changes to the feature.
• Once modifications have been made, most features can be previewed solid, if desired. This option regenerates the feature to determine whether the changes you have made are valid.
• Once you have completed the feature, it regenerates. After this occurs, the child features also regenerate to reflect the modifications made to their parent.
© 2012 PTC