Several metric thread systems such as the SAE standard
spark plug threads and the British Standard for spark plugs
are in use today. The Système International (SI) thread form
(Figure I-297), adopted in 1898, is similar to the American
National Standard. The British Standard for ISO
(International Organization for Standardization) metric
screw thread was set up to standardize metric thread forms. 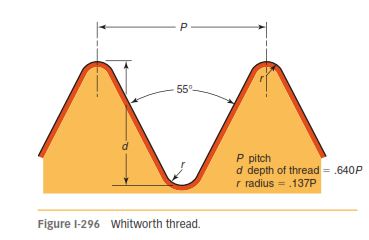 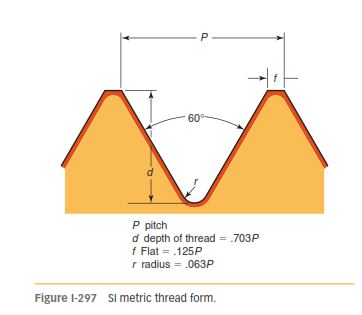 The basic form of the ISO metric thread (Figure I-298) is
similar to the Unified thread form. These and other metric
thread systems are listed in Machinery’s Handbook.See Table
4 in Appendix 2 for ISO metric tap drill sizes 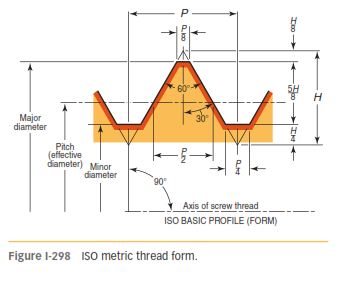