The applications of lasers in manufacturing are widespread.
Laser energy finds many applications other than its use as a cutting tool. Laser is an acronym for light amplification by stimulated emission of radiation. By electrically stimulating the atoms of certain materials such as various crystals and certain gases, the electrons of these atoms can be temporarily displaced to higher electron shell energy level positions within the atomic structure.
When the electrons fall back to their originally stable levels, packets of light energy called photons are released (Figure M-115). This light energy can be enhanced and focused into a coherent beam and then used in many manufacturing, medical, measurement, and other useful applications. 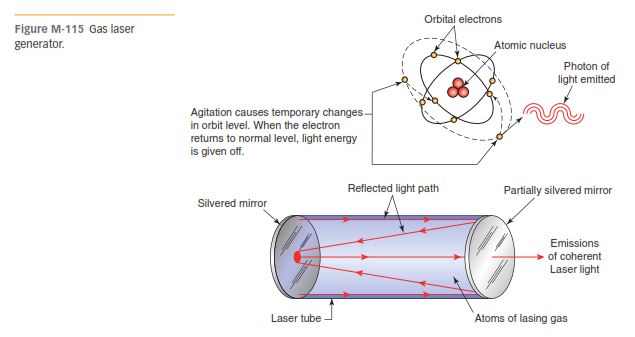 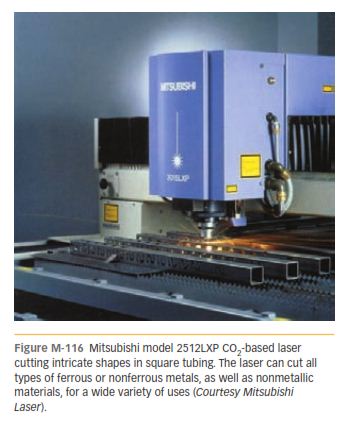 Applications of laser machining include cutting plate for shapes such as saw blades, slotting stainless tubing, and in marking systems.