To see the parent and child relationships of a feature, select the feature in the Part Navigator. 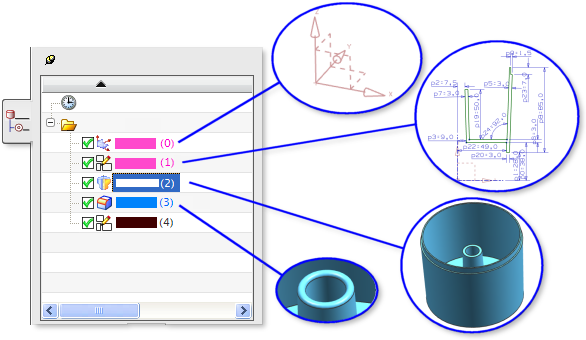