Polylines are composed of segments, which may be straight or curved lines, and
vertices that terminate the segments. Each segment must have a vertex at each
end, but several segments can share a single vertex. The perimeter that you
drew follows the major length and width dimensions of the cabin but doesn’t
account for the small pop-out on the south side of the structure. In this exercise,
you will add the pop-out, trim the original polyline, and then join the two
polylines into a single entity:
1. If I04-01-JoinLines.dwg (M04-01-JoinLines.dwg) is not already
open, click the Open button on the Quick Access toolbar.
2. Click the Polyline button in the Draw panel on the Home tab of the
Ribbon to start the polyline (PLINE) command. Alternatively, you can
type PL↵ at the command line.
3. At the Specify start point: prompt, type 16′,8’↵ (4850,2500↵).
A rubber-banding line, similar to the one you saw when you used
the LINE command, is attached to the point you designated and to
the cursor.
4. Type the following:
0,-2’↵ (0,-610↵)
6′,0↵ (1830,0↵)
0,2’↵↵ (0,610↵↵)

Since you did not prefix the coordinates with a #, AutoCAD interprets
the input as relative coordinates. Your screen should look like
Figure 4.7. 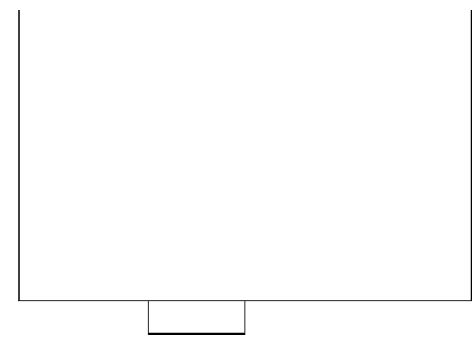 F igu re 4 . 7 : The pop-out added to the cabin
5. Start the TRIM command.
6. At the Select Objects or <select all>: prompt, pick the pop-out
that you just drew and press ↵.
All segments of the pop-out glow blue to indicate that the entire
polyline is designated as a cutting edge.
7. Trim the pop-out by selecting it as the cutting edge. When prompted
to Select object to trim or shift-select to extend or, select
the long horizontal line of the cabin between the two vertical lines
that define the pop-out, as shown in Figure 4.8.

F igu re 4 . 8 : Selecting the polyline segment to trim away

8. Press ↵ to end the TRIM command.
9. From the expanded Modify panel on the Home tab, choose Join and
then pick either of the two polylines.
10. Pick the other polyline and press ↵.
Your drawing now consists of a single polyline made up of eight
segments, as shown in Figure 4.9. 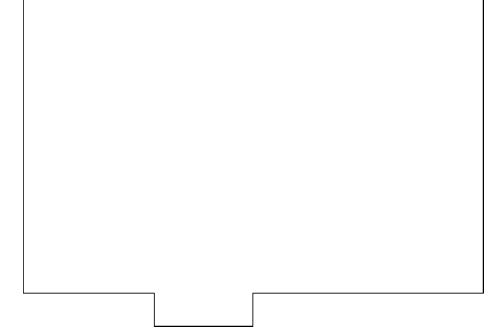 F igu re 4 . 9 : The polyline after trimming the original and then joining the
remaining entities
11. Save your drawing as I04-02-CreatePolylines.dwg (M04-02-
CreatePolylines.dwg) by choosing Application menu ➢ Save As ➢