Capture design intent in assemblies by determining which assembly type to use, which component to assemble first, and which constraints to use during the assembly process.  Considerations include:
– Assembly type
♦ Static
♦ Dynamic
♦ Mixture
– Assembly/Sub-assembly structure
– Choice of base model
– Assembly references
– Fit/Interference issues 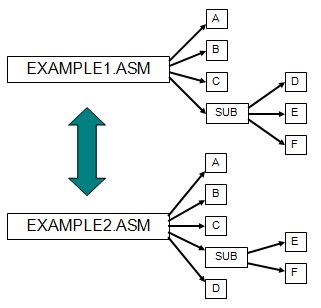 Design intent is captured in assemblies by specifying which assembly type to use, the assembly/sub-assembly structure, choice of base model, assembly references used, and any fit or interference issues. As a result, you must carefully consider how to create your assembly to properly capture your design intent. You can always modify the assembly’s design intent, but it is easiest to do when you have planned for future modifications.Considerations When Capturing Design Intent in Assemblies .When you create a new assembly in Creo Parametric, consider the options available for capturing design intent in each of the following areas. Your decisions in these areas at the time of feature creation impact the overall assembly model later on when you wish to modify it.
• Assembly type

— There are three different types of assemblies that you can create in Creo Parametric. Create the assembly type that best fits your needs

– Static — Assemblies are created using constraints. If you decide to create this type of assembly, determine whether some components require angular or linear offsets. If so, remember to create the proper constraint types.
– Dynamic — Assemblies are created using connections. Determine whether your assembly needs to contain components that can  be dynamically moved. If so, a dynamic assembly with pin, slider, and cylinder connections may be your best option.
– Mixture — Assemblies are created with both static and dynamic components.
• Assembly/Sub-assembly Structure — There are usually multiple ways to assemble components and still achieve the same assembly result. In Figure 1, notice that in one assembly example, component D is assembled into the sub-assembly SUB, while in the other example, it is assembled directly to the top-level. The end result may appear the same, but could cause the assemblies to behave differently should another component’s placement be modified.
• Choice of base model — The base model is the first component assembled into the assembly. It is important to consider which component you set as the base model because if all other models reference this component it becomes difficult to remove the base model.
• Assembly references used — Remember that the assembly references you select for placing components create parent/child relationships between these components. Be sure to select references that are more robust if possible, such as selecting surfaces over edges.
• Fit or interference issues — Determine what occurs when you assemble all your components into the assembly and you find you have interference or fit issues. Remember that you can always activate components to edit them within the context of the assembly. Once the top-level assembly is activated and regenerated, the other components update. Be careful when creating features in components in an assembly because you may inadvertently select a reference from a different component. If this occurs, it creates a parent/child relationship both between the two components and between the component and the assembly