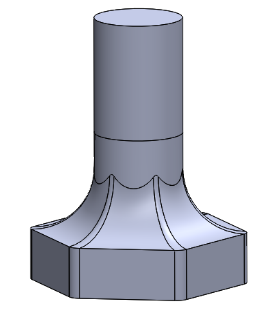 In the same detail, if we know the way how to control fillet to create interface better, product will be more aesthetic as well as more professional in designing product.  Although left picture creates relatively transition level well, the junction with top cylinder part has bad wrinkling; the right one is optimally control to fillet a detail

To fillet as in image, we need to be familiar with new fillet type called “face fillet” to fillet transition between two planes. We do:

Step 1: Create a new detail as the following image, may be like bolt by simple creating form command (Extruded Boss/Base) 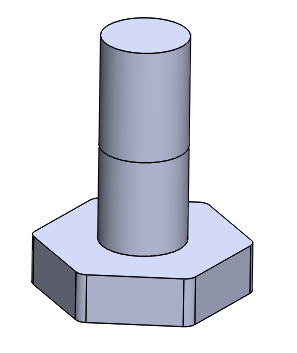 On Front Plane, create a sketchas the following image. 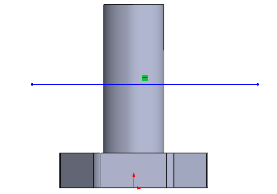 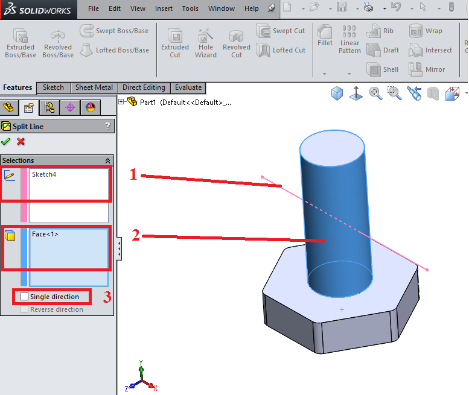 1: Select Sketch which has been already created in  “Selections” gap

2: Select plane which need to be divided.

3: Click  “Single direction” to divide direct cylinder plane, if not Selecting, it will divide two sides. 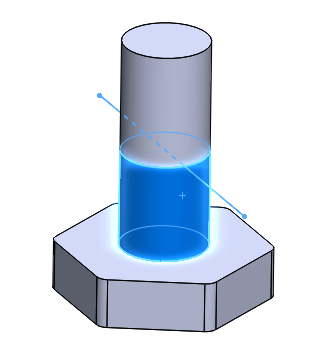 Step 3: Click “Fillet”and choose options to achieve how to fillet the most appropriately 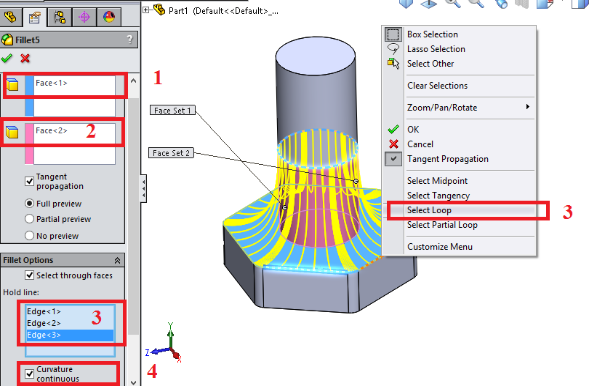 1: Select the first plane, it is flat plane of the bolt head

2: Select the second plane, it is the front plane of bolt body

3: Select limit edges of fillet, it is boundary edges of desired fillet spline . In here we select bolt plane frontier by right click “one edge” and select “Select Loop”, and select the edge which have been already divide in step 2

How to extrude a random direction spline, and dead halt face in SolidWorks